Step-by-step instructions on how to get unbanned from Omegle.

Omegle is a fun way to meet new people and strike up a conversation. On rare occasions, you may be banned from Omegle for no apparent reason. This is due to a variety of factors. These limitations are, first and foremost, inconvenient.

Let’s take a closer look at why users are banned from Omegle and how to get unbanned.

Omegle is a free video-chatting platform that allows strangers to chat online without needing to register. Users can also indicate their interests, and Omegle will try to match them up with people who share similar interests. All communications are anonymous until the users identify themselves.

Omegle has grown and developed throughout time, adding new features. In 2011, they created “Spy Mode,” for example. Users can ask a question and listen to two strangers react and argue it in this manner without getting involved in the conversation.

Omegle now gives the option of conducting an unmonitored session.

Why Am I Banned On Omegle?

Why have I been banned from Omegle? is the most often asked question on Omegle. Omegle’s terms and conditions are complicated, and any violation could result in a suspension.

While some bans are justified, they are frequently carried out automatically by software, resulting in legitimate Omegle users being blacklisted. Consider the following alternatives if you’re still wondering why you were banned from Omegle.

#1. You’re disappointing far too many people.

If you get more “drops” than other users on the site, the algorithm is likely to think you’re a troll. If the strangers with whom you’ve been matched drop you frequently, Omegle will notice and get suspicious. People who are frequently kicked off Omegle may be considered to be abusing the service.

#2. An inordinate number of people have dropped you.

If you, on the other hand, consistently drop other users, it will be assumed that you do not want to engage. Furthermore, it is possible that it will presume you are listening in on other users, resulting in a suspension.

#3. What to Do If Someone Files a Complaint Against You

Someone reporting you is another method to get banned on Omegle. It’s only a matter of time before someone is banned for harassing or abusing other members while using the monitored video chat or text chat options. Rather of simply stopping the debate, users will report them at some time.

Users often report other users for offensive language or material, therefore this is a valid argument. The difficulty is that you have no method of reporting your version of events if the other person is trying to get you banned from Omegle unfairly. And, frankly, looking through all of the reports would take too long, which is why incidents are reported in the first place.

A user that logs in several times or cancels chats frequently is flagged by the monitoring system. One of these factors can be used to impose a prohibition. This is the behaviour of people who use Omegle to spread phishing information.

If a user reports you for breaking the site’s terms and conditions, you may be banned. However, whether or not there were any offences is ultimately up to the moderator’s discretion.

There are a few guidelines to follow. Nudity transmission, sexual harassment, making public other people’s personal information, making slanderous or defamatory statements, using automated systems to start discussions, and any other inappropriate or criminal behaviour are all prohibited.

Intellectual property rights infringement is one of the most common unintentional rule infractions. Because copyright laws make it illegal to play music during video chats, this occurs when music is playing in the background during a conversation.

Another reason for being banned from Omegle is a sluggish internet connection. You may be refused access to Omegle if you live in a county or location where it is prohibited. In the United Arab Emirates, China, Pakistan, and Qatar, Omegle is fully banned.

The best way to get unbanned from Omegle is to use a VPN or proxy to alter your IP address. If you don’t want to, you can wait till the prohibition is lifted.

The ways to getting unbanned from Omegle are as follows:

The most efficient technique to get unbanned from Omegle is to use a cheap VPN. VPN is the most straightforward and effective choice because it requires no patience and always works. You don’t have to rely on another person or the location’s operational hours to speak with it. The methods to getting unbanned with a VPN are as follows.

Step 1: Get the ExpressVPN software you’ve paid for (or want to pay for).

Step 2: Launch the application on your computer or mobile device.

Step 3: When the interface displays, enter your login and password.

Step 5: Click the “Connect” button after selecting the server you want to connect to.

Step 6: Open your browser and go to Omegle.

A proxy server is a technology that converts data between different networks or protocols. It is a server that sits between end-user clients and the websites they access. VPNs and proxies both work in the same way.

Proxies do not encrypt your data, which is the major difference between VPNs and proxies. They route your traffic through the intermediary server to give the impression that the intermediate server’s IP address belongs to you. That way, you can use Omegle even if you’ve been banned. Follow these steps to set up a proxy:

Step 1: From the drop-down menu, select the Settings option.

Step 3: The screen displays a list of network and Internet settings.

Step 4: Select a proxy server. A list of various proxy settings is displayed to the user.

Step 5: Select Use a Proxy Server from the Manual Proxy Setup section.

Step 6: In the Address box, type the IP address.

Step 7: Type the port’s name in the Port field.

Step 8: Close the Settings window after clicking Save.

#3. Be patient and wait for the ban to be lifted.

Depending on the severity of the offence, Omegle suspensions can last anywhere from one week to six months. Check to see if the prohibition has been lifted on a regular basis.

When you connect to the internet by DSL or cable modem, your ISP will usually assign you a dynamic IP address. Your ISP assigns them to your modem for a limited time before replacing them with new addresses. You can speed up the process by periodically unplugging your modem for a few minutes.

The measures to take are as follows.

Step 1: Type “What is my IP address?” on Google. As the first result, Google will return your IP address. Make a note of the IP address for future reference.

Step 2: Leave your modem disconnected for about an hour before reconnecting it. A new IP address will be assigned once a certain period of time has passed, albeit the actual length of time depends on the service provider.

Step 3: Connect the modem to the internet and wait for it to reconnect.

Step 4: Use Google to double-check your IP address to see whether it has changed. If this is the case, you should be able to rejoin Omegle.

Why Is Omegle Risky?

Because it stores content after it is posted, the site becomes subject to hackers and detection. Breaking into the site’s server isn’t difficult, as some hackers have demonstrated. Hackers allegedly obtained communication data from Omegle servers, according to accusations.

Omegle has had to deal with negative press as a result of many instances in which male users blackmailed girls and young women, with some taking photographs and threatening to reveal them, while others attempted to track them down using their IP addresses. It has the potential to cause children’s trauma and emotional suffering, making it a severe worry that demands attention.

The exposure of personal information is one area where children frequently lack judgement. Despite the anonymity of Omegle, it’s amazing how quickly youngsters divulge information such as their name, age, birth date, where they live and go to school, and other seemingly minor facts such as likes and interests. All of this could be deadly in the hands of malevolent hackers or child predators.

Despite Omegle’s efforts at non-moderated moderation, the sorting algorithm isn’t perfect at screening out inappropriate information for children, and sexual predation complaints abound. Anyone who does not want to be exposed to graphic imagery or profanity should avoid using Omegle.

Omegle is a fun chat service, but it has flaws with its automated filtering software, which might accidentally block individuals who aren’t infringing the rules. Omegle bans can last anywhere from one week to 120 days, and getting them lifted is difficult. You can, however, discover how to become unbanned from Omegle by using any of the methods given above.

Get Unbanned from Omegle 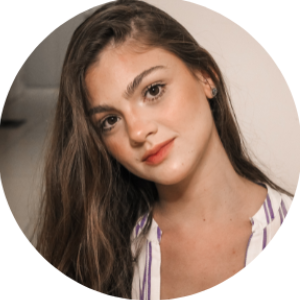 How to redeem Roblox gift cards

How to Enable TPM 2.0 and Secure Boot for Windows 11 in UEFI